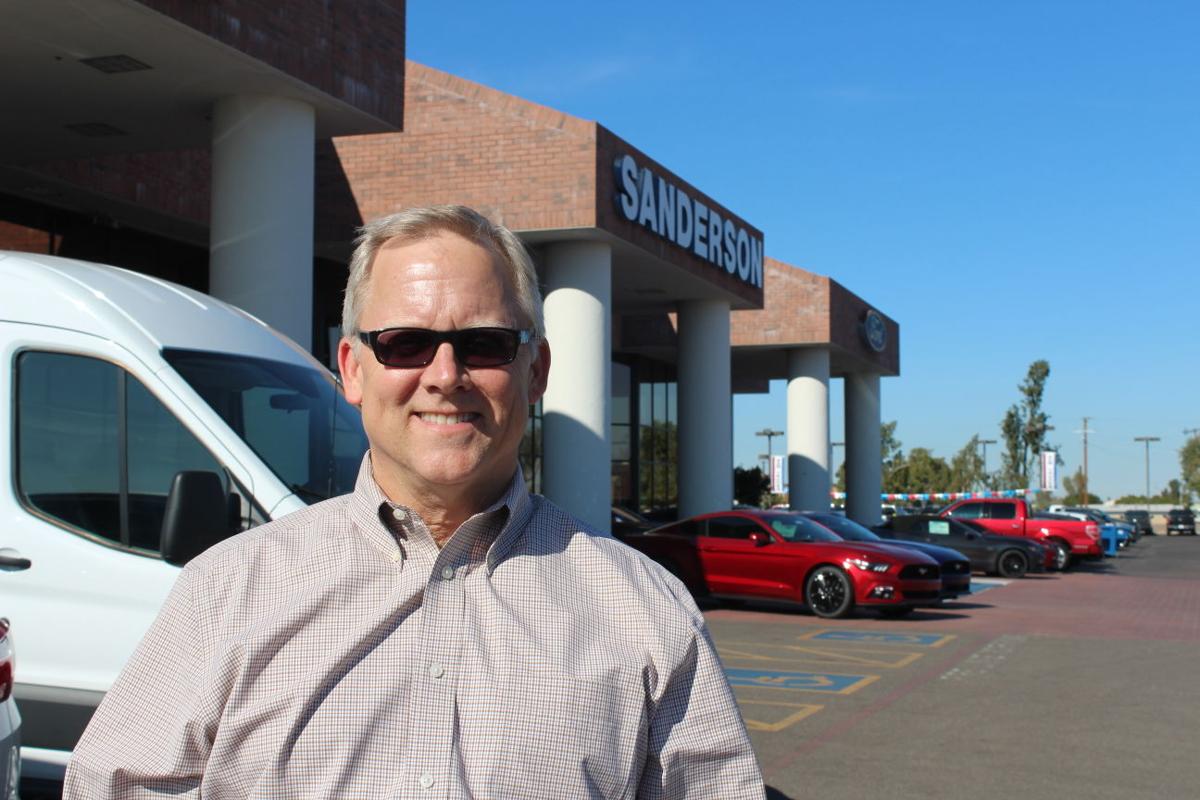 Mark Witthar, who stepped into his new position Dec. 1 as general manager at Sanderson Ford, said he deals with some of the same people he worked with or hired while employed at Ford Motor Company. 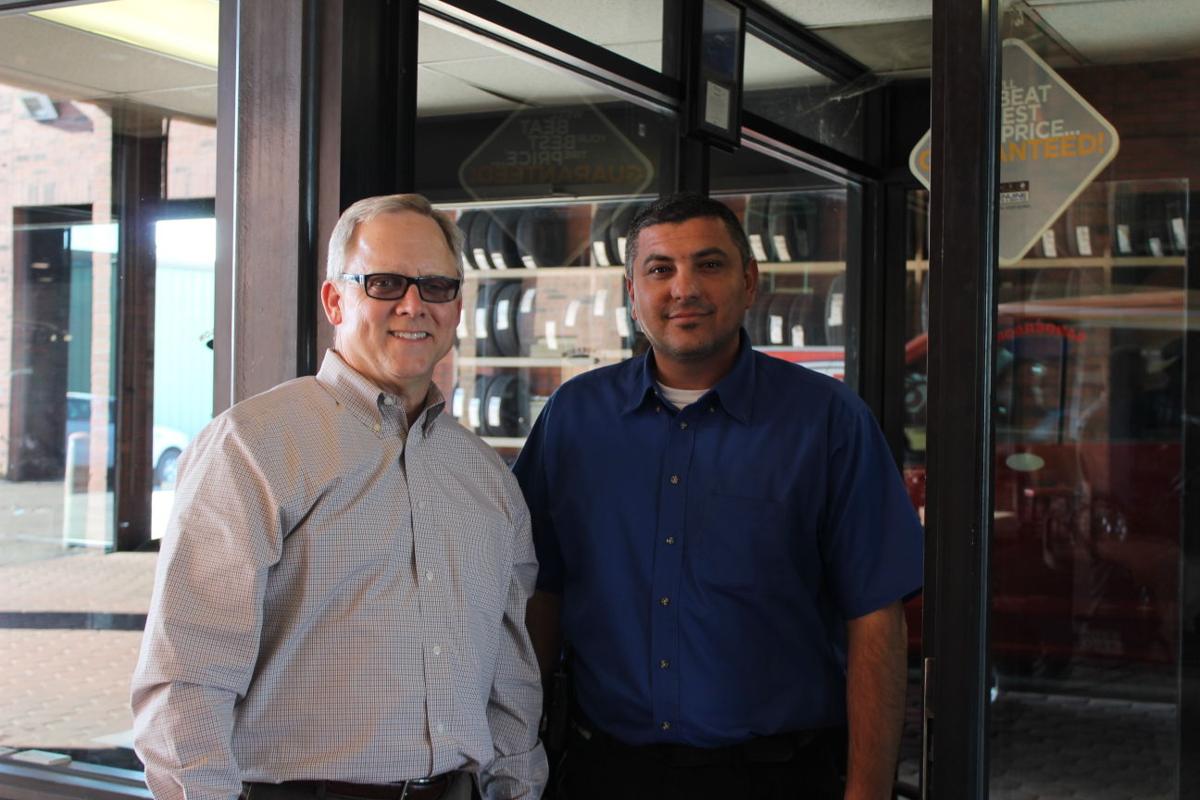 Mark Witthar stands with service advisor Mike Alevizos, who was praised for “doing the right thing” for the customer in a recent service call.

Mark Witthar, who stepped into his new position Dec. 1 as general manager at Sanderson Ford, said he deals with some of the same people he worked with or hired while employed at Ford Motor Company.

Mark Witthar stands with service advisor Mike Alevizos, who was praised for “doing the right thing” for the customer in a recent service call.

To say Mark Witthar is new on the job would be unrealistic. He’s been dealing with Sanderson Ford for almost 30 years. That’s how many years he was employed by Ford Motor Company (FMC). When the former GM at Sanderson retired, recruiting Witthar to replace him was a given.

He was a regional representative for Southern Nevada, New Mexico and Arizona.

“I formed a good relationship with David Kimmerle,” he said.

“David is just a very unique person,” Witthar said. “He’s focused on customers and relationships, and his relationship with FMC is outstanding. Frankly, it’s an honor to be here for me.”

Sanderson Ford, at Maryland and 51st avenues, is a large dealership. At 63 acres, Witthar said he’s never seen another dealership that size.

There’s even a custom shop for car owners who want to accessorize a Mustang or Ford product. They also will customize other brands.

For routine maintenance, there’s no appointment.

Witthar mentioned another unique Sanderson feature: the Starliner diner. It’s like a throwback to the 50s and 60s. The actual Ford Starliner car that bears its name is being completely restored for display out in front of the diner sometime this year.

Sanderson has a complete commercial department and a parts mart as well as wholesale parts.

Witthar is especially proud of his employer because of the dealership’s community involvement.

“Another big pride point for the team is we raised more than $1 million for Operation Santa Claus through food, toy donations and cash,” he said.

“We also do many other things in the community,” Witthar said. “Seats for Soldiers; every home game of the Arizona Cardinals, Arizona Coyotes, Phoenix Suns and Arizona Diamondbacks, we give seats to military members. All these things are what make Sanderson Ford unique.

“Being a part of the Glendale and Greater Phoenix community, we try to support as much as we can.”

It is not just the immediate or surrounding area where customers reside. Witthar said he gets calls from out of state all the time.

An added bonus these days, especially with all of the high-tech equipment in the latest vehicles, is the Start Team at Sanderson.

Witthar said, “To get you off to a good start, not only will we train you when you take delivery, no matter when, we’ll go to your house or where you work and make your experience with your Ford product as good as it can be.”

To illustrate why Sanderson’s motto is “the dealership that service built,” a service advisor, Mike Alevizos, was thanked for “doing the right thing.” He talked a customer out of having a new screen installed during a transmission fluid flush procedure. It would have added considerably to the bill, and another hour of service time. The car didn’t need the extra procedure and the customer saved money. Witthar personally thanked Alevizos for “doing the right thing.”

That’s what Witthar wants to continue doing as he enjoys his second career at Sanderson Ford. You can add your name to the list of happy customers by sending him an email: mwitthar@sandersonford.com.