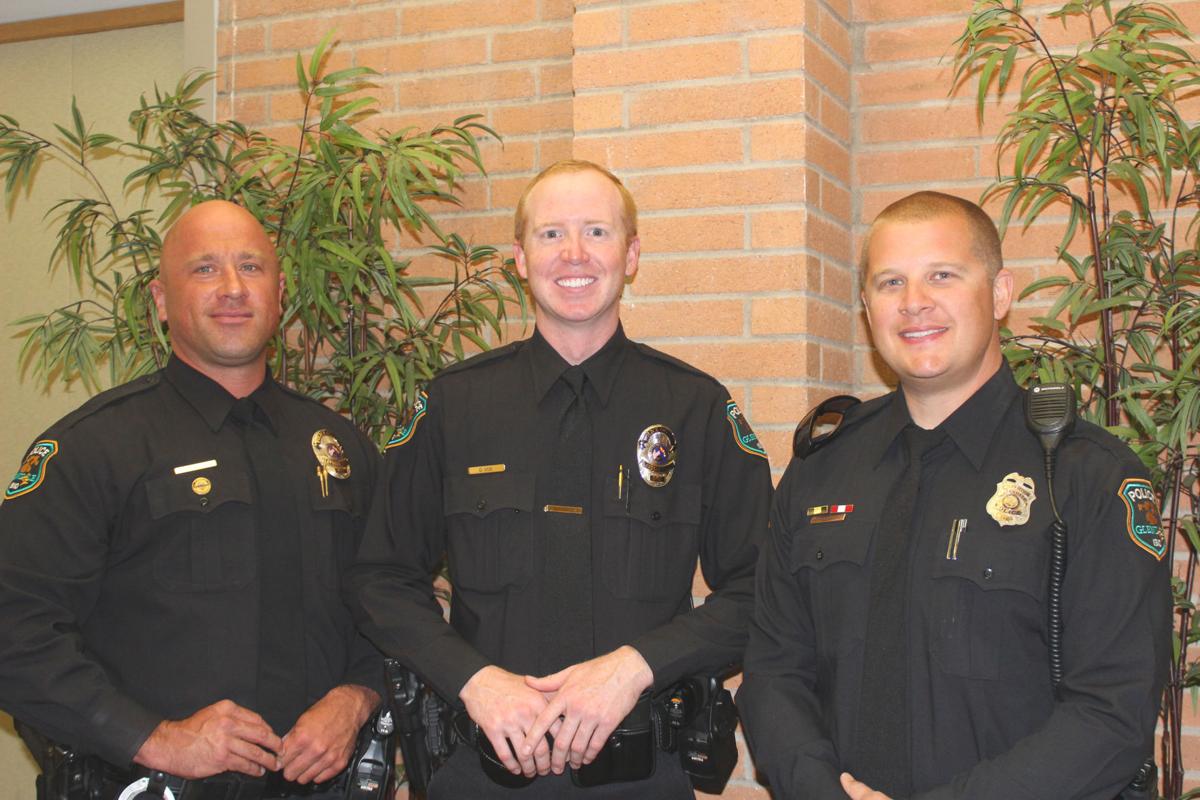 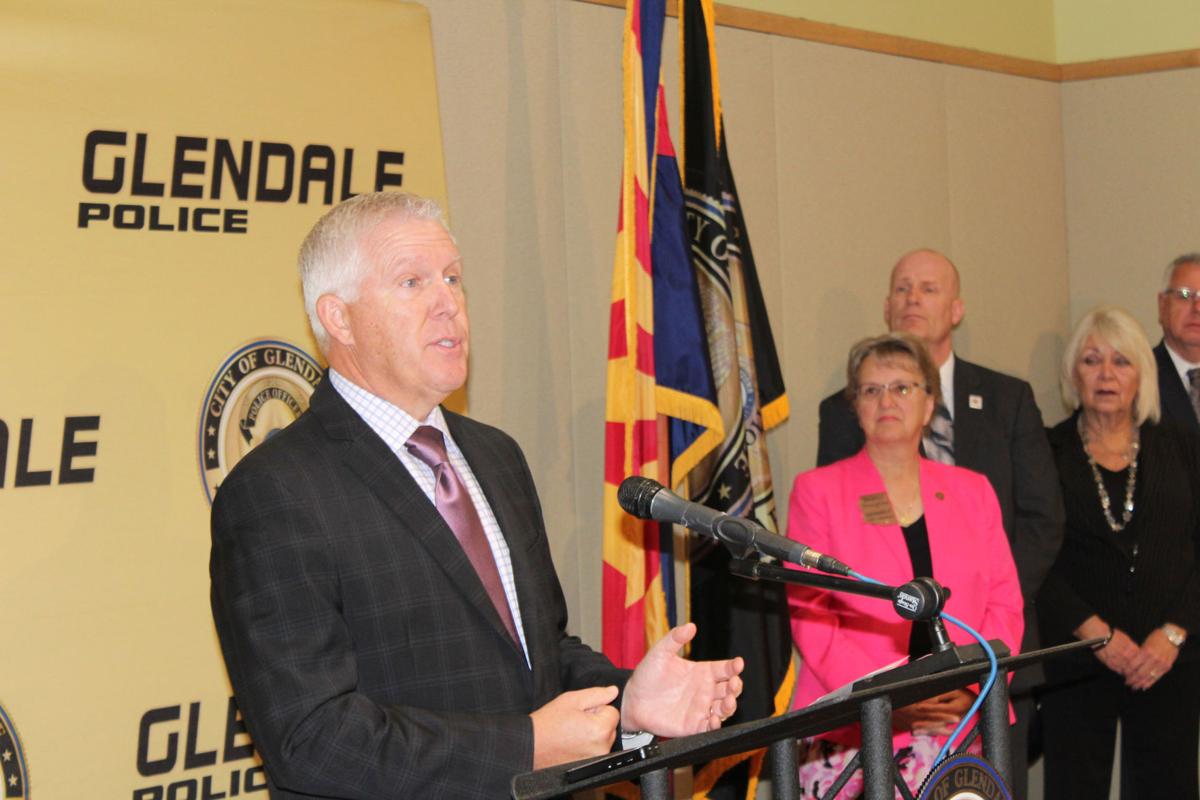 During the press conference last week, City Manager Kevin Phelps said funding for additional officers will come from a variety of sources.

While students across the country protest, demanding change in the wake of the Feb. 14 school shooting in Parkland, Fla., the city of Glendale wasted no time implementing a plan to make its high school campuses safer.

In a March 23 press conference, officials announced all nine schools within the city’s boundaries would have school resource officers beginning March 26. Before then, only four schools in the city had SROs.

That’s quick turnaround for local city government,” Glendale Police Chief Rick St. John said. “To redeploy resources that quickly takes the support of mayor and council, city management, officers within the police department; it’s everyone getting involved saying this is important, something we need to do.”

Soon after the shooting in Parkland that took 17 lives, Glendale City Manager Kevin Phelps approached St. John, asking what kind of plan could be put together and implemented immediately, St. John said.

“Didn’t take me long to think about it, because I know the value of a school resource officer program and what they bring to our education facilities,” St. John said.

Since Feb. 14, about 1,200 incidents and threats have been reported in U.S. schools, St. John said, adding more than a dozen came from Arizona.

“I can tell you here in Glendale, I believe that number is closer to a dozen just for our city alone on our high school campuses,” he said. “We’re seeing an unprecedented number of threats and incidents that have begun to occur, and they all seem to be linked to what happened in Parkland, Fla. This is having a very real impact on all of us in our nation, in the state of Arizona and of course, in the city of Glendale.”

St. John said he told Phelps a school resource officer was needed on every high school campus in the city, including Deer Valley, Mountain Ridge, Apollo, Glendale and Independence.

“They had to get on board and find money, also,” Cactus District Councilmember Ian Hugh said.

Funding for the additional officers will come from a variety of sources, Phelps said.

“Our teams still have work to do to identify the significant financial resources that will be needed to fund this effort,” he said. “However, finding resources for this program should not be placed solely on the backs of our police department. Rather, our entire organization will be asked to do their part to ensure that this program has the resources to be successful.”

Part of the funding could come from attrition in the city council office, he said.

“It started with the city council, who is considering giving up one of their unfilled positions that help support their office and using those resources to put toward the program,” Phelps said.

Reducing scheduled raises is another possibility, he said.

“We are going to perhaps reduce the amount of pay increase for everyone in the organization by a very small percentage,” Yucca District Councilmember Joyce Clark said. “Because the idea is to make this a total city commitment, not just the police department having to bear the brunt of this. Because it’s new money, we’re talking a lot of money.”

The cost to implement the strategic plan is estimated at $1.3 million, said Sgt. John Roth. That includes the funding of all nine SROs, he said, adding the vacancies created by the movement of the five newly assigned officers will be filled by some internal restructuring of current positions.

School districts will pay 25 percent of the funding for each SRO, Hugh said.

That will actually be a savings for Peoria Unified, which was paying half, Interim Superintendent Linda Thompson said. Three of Peoria Unified’s high schools are in Glendale.

“We have SROs in all seven of our high schools right now,” she said. “This helps financially, so we’re able to take money that we’ve put toward our SROs and hopefully, put it toward other interventions.”

Thompson said the district had to cut back on intervention specialists a few years ago, but could get a couple back in the system now that the district isn’t paying as much for its SROs.

“That’s important, that’s part of our community policing philosophy,” he said. “Community policing is the core of what we do here in the Glendale Police Department, and the SRO program fits very nicely within that model: officers on campuses developing relationships with our students, with their parents, with teachers and faculty who work on those campuses.”

“I absolutely support what Glendale is doing,” she said. “I’ll call it the brave step forward that they’re taking, not only to make this happen but make it happen immediately. I was shocked when they said (March 26).”

“At a time when a lot of people are doing a lot of talking about how to protect our schools, it’s incredibly important to point out that our city and our police department are not talking,” he said. “We’re taking action.”

Do you think having an SRO in every high school in Glendale will make them safer?

During a formal press conference conducted last Friday, city officials announced that a full-time Glendale Police Officer would be permanently…

Clear Title Agency of Arizona has introduced a tech-savvy solution for depositing earnest funds during a real estate transaction.

LUKE FORWARD THEN – READY FOR THE FUTURE