You have permission to edit this article.
Edit
Home
News
Advertise with Us
Services
Classifieds
Digital Editions
Obituaries
Recommended
1 of 3 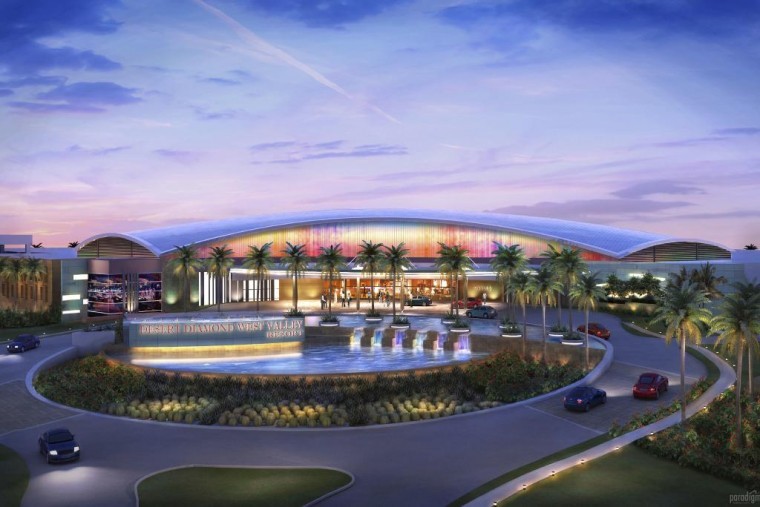 The top lighted area of the casino entry is an LED electronic image board that measure 40 feet in height band 140 feet end to end. It creates what Tribal Council Chairman Ned Norris Jr. calls “the Disney effect.” The driveway is on an incline because the operational portion of the facility will be located underground. 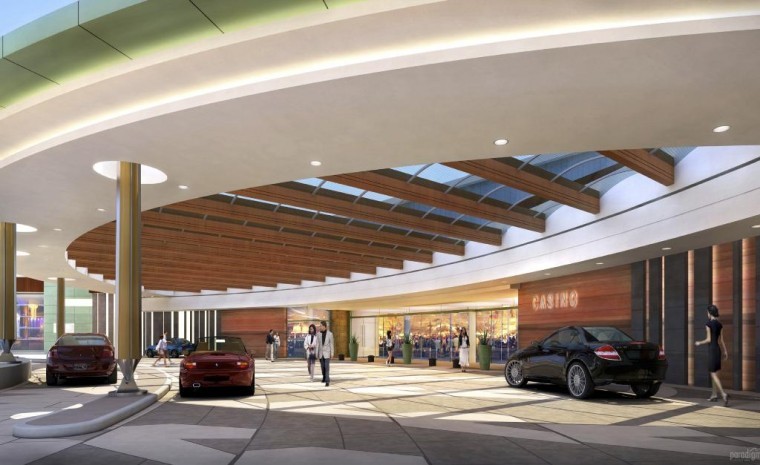 The porte-cochere and entrance to the casino. All of the renderings shown during the press conference last week compose construction in Phase I of the entire project, which is estimated to be completed within 24 months. 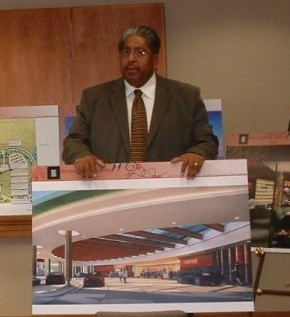 The top lighted area of the casino entry is an LED electronic image board that measure 40 feet in height band 140 feet end to end. It creates what Tribal Council Chairman Ned Norris Jr. calls “the Disney effect.” The driveway is on an incline because the operational portion of the facility will be located underground.

The porte-cochere and entrance to the casino. All of the renderings shown during the press conference last week compose construction in Phase I of the entire project, which is estimated to be completed within 24 months.

It has been two years since the Tohono O'odham Nation announced its plans to build a resort and casino at 95th and Northern avenues. During that time, the 135 acres the tribe purchased has remained vacant, and no soil has been turned. However, lots of dirt, in the literal sense, has been shoveled back and forth.

Many city officials, not all, have registered their opposition in the public arena and with letters to other elected officials at the state and national level. Legal challenges, arguments pro and con, are expected to be heard Feb. 17.

But the City of Glendale succeeded in its quest to stop project construction on at least part of the 135-acre parcel. It annexed 46 acres in 2002, then thought it had deannexed the property at a later date (May 28, 2002) only to resurrect the annexation issue once the Tohono O'odham Nation disclosed its plans to build a casino on the land.

Glendale City Council officially took action at its June 23, 2009 meeting, adopting an ordinance acknowledging the invalidity of its attempt to abandon the annexation in May 2002.

At that time, in late June 2009, City Attorney Craig Tindall said, "Arizona statute does not allow abandonment of an annexation after it is final. We are asserting jurisdiction over that 46 acres, which is roughly one-third of the property."

Since the city's annexation was upheld in the courts, the Nation has gone back to architects to come up with a different project plan. Jan. 11, Norris unveiled new renderings of the casino project, which is considerably smaller than what was originally planned. Gone is the climate-controlled three-acre atrium placed in the middle of the original plan because of the smaller footprint of the revised project.

Norris said the Nation has filed an appeal on the annexed land.

At the Jan. 11 press conference, Norris said the easternmost portion of the 135 acres is still in the pending stage of being taken into trust by the Department of Interior. So, the new renderings show only the Phase I plan on the western one-third of the Nation's 135 acres.

Norris said the gaming enterprise persons have been meeting with different entities, such as schools, businesses and other organizations to gather input to ensure that "whatever we did was complementing the architecture of the surrounding area."

So, the planned structures will be similar to that of University of Phoenix Stadium, Norris said. The total cost will be $500 million at the low end, he said, with the economic impact the same or more. He said 6,000 construction jobs would result from the construction and 3,000 permanent jobs once the project is completed. The economic impact would be $300 million annually, with more than $100 million in taxes the first year.

The average wages and benefits package paid per employee would be $50,000 a year, Norris said.

The top lighted area of the casino is an LED electronic image board that measures 40 feet in height and 140 feet end to end. It creates what Norris called "the Disney effect."

The entry is a slow incline from the street end because much of the operational facilities are underground, Norris said.

Timeline for Phase I is 16 to 18 months, but could be 24 months, Norris said. Phase II will begin, perhaps before Phase I ends to create a continuum.

"The Feb. 17 hearing will give us a good indication of what the timeline will be," Norris said.

People ask him and he tells them he feels confident the law has been satisfied, Norris said.

"We could build anything else on it, but our intent is to game on that property," he said.

He said, "We're excited. We have not allowed these challenges to stop us from meeting with the community, from moving dirt once a decision is made, and building relationships.

"It is total misinformation it is going to be costly to the city," Norris said. "Where we do not provide services, we enter into an intergovernmental agreement. Regardless whether the Tohono O'odham Nation pays for services itself, there is an IGA and there would be costs to us."

At the Jan. 11 press conference, two Glendale councilmembers were present: Normal Alvarez (who had not yet been sworn in) and Phil Lieberman. Norris said Alvarez and Lieberman were the only councilmembers invited because he questioned whether the other councilmembers would have attended.

He pointed to the 125,000 fans who attend a NASCAR event at Phoenix International Raceway, just a few miles south of the proposed casino.

"Think of how many we would have had in Glendale with a casino," Lieberman said. "At my four meetings a year, there has been no outcry against it."

He noted that he sets the time and date, not the Nation, when he meets with them.

When he has asked for a meeting, Lieberman said, "the Nation was willing to meet with me instantly, and the Nation was here in force."

Alvarez said, "We need the city council to have a meeting with the Nation, dialogue. I have supported the casino because I believe it will really help the City of Glendale."

Lieberman believes city and Nation officials need to meet, leader to leader, in a study session with no lawyers.

"Maybe that might be a starting point, an opportunity," Lieberman said.

Alvarez said there were people who supported her campaign for office who said they wanted the casino.

"But refusing to meet isn't politically correct," she said.

To learn more about the Tohono O'odham Nation's plans for the Northern/95th property, visit www.westvalleyopportunity.com.

Nov. 12, the 17 Arizona legislators and legislators-elect who are seeking to join the City o…

Has the seemingly endless red tape and back-and-forth with regards to the proposed Glendale casino softened or strengthened your stance on the issue?

Two bills, one in the House and one in the Senate, made it past rules committees Monday and were being debated Tuesday afternoon: HB 2534 and …

It now has the governor's signature.

Arguments on the Tohono O'odham Nation reservation trust issue will be heard at 3:30 p.m. Feb. 17 by Judge David G. Campbell in federal court …

From the time the Tohono O'odham Nation announced its plan for a resort/casino at 95th and Northern avenues, the word "lawsuit" has described …